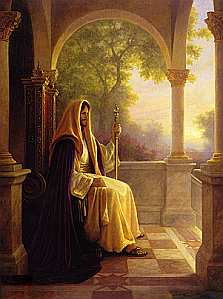 
"In this war, in Xinjiang, in Shanghai, in Beijing, in Chengdu, the rulers have chosen an enemy that can never be imprisoned-the soul of the man. Therefore they are doomed to lose this war".

The quote by Pastor Wang in China sums up the courage of Chinese Christians who are fighting the physical battle to worship freely in Churches amid a governmental crackdown while still keeping the faith within their hearts and minds. Churches have been closed down and worshippers have been placed in detention for the 'crime' of being Christians.

The Chinese government has become highly suspicious of religions that it perceives as having strong connections to the West. Christianity and Islam figure on this list. Chinese Christians led by people like Pastor Wang, who ran the 'Early Rain' church till its' closure, have been advocating for better rights for the poor and those treated unfairly by the Chinese system.

This has resulted in the Chinese Government viewing Christianity's potential as a vehicle for social change damaging and challenging to its authority. Pastor Wang is, himself, in detention after police arrested more than 100 members of the Early Rain church in December. Pastor Wang has been charged with 'inciting subversion'. The Chinese Government is reported to be wanting to translate the gospels according to their ideological beliefs.

Religious freedom in the 21st century still remains an elusive and incendiary concept despite the numerous efforts made through the decades to ensure its status as a universal human right. Please pray for our Chinese Christian brothers and sisters who cannot experience the joy and freedom of worship in a Church on Sundays the way we do in the Western World.

Chelliah Laity
I firmly believe that blogging is a channel for the common man and woman to be heard.